Foods That Increase Your Libido

Men are naturally proud of their libidos and are accustomed to being quite virile. There are many products out there that can aid with this, as well as exercises, psychological stimuli, lotions and potions. However this article will be focusing on certain foods that are known to increase the libido.

And not because they are shaped like a phallus.

For starters, bananas are high in potassium and B vitamins, which help to increase the body’s overall energy output. They also contain an enzyme called bromelain, and this enzyme is purported to not only increase a man’s libido, but it is even suggested it can reverse the affects of impotency. Tryptophan, a substance also found in bananas, increases serotonin levels, improving a man’s overall mood and rendering him more amorous.

As a sexual performance-enhancing food, several bananas should be consumed a couple of hours before any planned sessions of passion.

The humble pineapple is another great performance-boosting fruit. It, too, has a very high concentration of the bromelain enzyme. Legend has it that drinking pineapple juice on a daily basis can also improve a man’s ‘flavour’.

Yes, as you might have guessed by now, fruits are great libido foods.

Like bananas, avocados are high in potassium and B vitamins; particularly Vitamin B6 which proliferates male hormone production. Folic acid within the fruit breaks down protein to increase energy levels. Healthy fats found in avocado are necessary for normal hormone production.

Back in the times of The Aztecs, the avocado tree was known as Ahuacatl (or Testicle Tree). In fact The Aztecs so firmly believed in the sexual powers of the avocado on males that they banned women from leaving their homes during avocado harvest season for fear they would be overwhelmed by the sexual hunger of the men.

Chock full of essential fatty acids that aid in male hormone production, nuts are a must in every man’s diet. Almonds are a particularly good nut to eat. They contain zinc – a powerful nutrient for male hormone production – and selenium, which is known to aid with fertility issues. Omega 3 fatty acids found in almonds increases blood flow, allowing more blood to reach vital organs and thus improving sexual prowess.

Allegedly the scent of almonds arouses a woman’s desire. I don’t know how true that is, but why not experiment and put it to the test. Light some candles with an almond scent, or leave a bowl of the nuts on the bedside table. It can’t hurt. At the very least you will have something to snack on if you get hungry in the middle of the night.

And once again, not because of their shape.

Being full of protein and relatively low in calories by comparison, eggs are a fantastic source of energy, which in turn increases stamina both in and out of the bedroom. Eggs also contain an essential amino acid called L-arginine which has been effective in treating erectile dysfunction. In ancient times they were a symbol of fertility, which history shows has an association with us eating chocolate eggs at Easter time, brought in by another ancient symbol of fertility, the bunny.

So make sure to consume a couple of eggs either in the morning or at dinner time to turn you into a sexual dynamo.

Are oysters really an aphrodisiac?

Oysters have long been proclaimed to be the ultimate food to get one ‘in the mood’, but lately there has been some conjecture about whether they are really a benefit to a healthy libido.

On the positive side oysters are full of zinc. As mentioned earlier zinc is a fantastic nutrient for increasing a man’s hormone levels, aiding in the production of sperm. Oysters also contain a libido-boosting hormone known as dopamine. In addition this hormone has an affect on one’s mood, giving a person a sense of security and wellbeing.

Scientists have tried to play down the role of the oyster as an aphrodisiac, claiming that the nutrients found in oysters will only be of benefit if the rest of a person’s diet is lacking in those nutrients.

Well, you could apply that line of thought to all foods. I say if you like oysters then eat them. If not, then stick to the bananas and avocados.

Quite possibly consuming chocolate has more sexual benefits for females than it does males. I’ve heard many a woman say that eating chocolate is like having an orgasm. I can’t say I’ve ever heard a single man make that statement. But even so, there certainly are some properties in chocolate that lend themselves to improving sexual mood and an increased libido in both men and women. Let’s look at some.

There is a substance in chocolate known as theobromine. Similar to caffeine, theobromine is a natural stimuli which can enhance sexual performance. Also present in chocolate is an ingredient called phenyl-ethylamine. This substance is like a love potion. Phenyl-ethylamine is produced naturally in the brain when a person is in love. As an added note, apparently darker chocolate is the more preferred libido-enhancer.

VigFX is an all-natural liquid gelcap of male potency. The product is designed especially for men to boost virility and to increase the intensity of orgasms. It is also of benefit in maintaining harder erections for longer as well as boosting hormone levels. This male libido pill will give every man a performance boost, whether suffering from any sexual dysfunction or not. Try it out risk-free with a 15 day supply of gelcap pills. 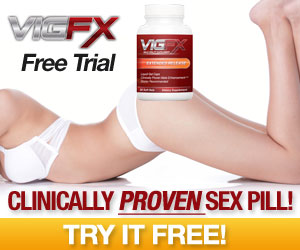 A
Increase the size of your manhood with the Penis Enlargement Bible! 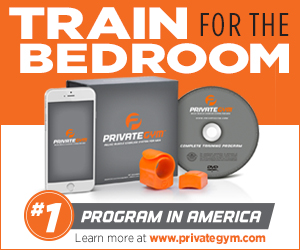 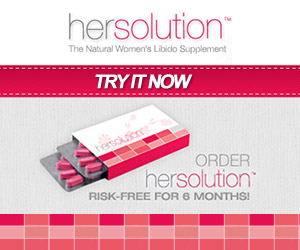